About the Student Organization Fair

The Spring 2021 Student Organization Fair will again be VIRTUAL

Wednesday, February 3 from 6:00pm to 8:00pm on the Wisconsin Involvement Network (WIN)

Primary Contacts received an email on November 25 with details on RSO registration for the event.

The Student Organization Fair is an opportunity for your group to promote and publicize your organization to UW-Madison students and to connect with other student organizations who you may work with throughout the year. 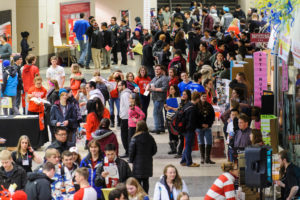 What are the fair’s rules and guidelines?

How do I know who the Primary Contact is for my organization?

How do I change my Primary Contact for my organization?

Anyone with access rights to your organization’s roster in WIN may change it to a new person. Those with full access include all four required contacts and anyone who has been assigned a position with roster access by those contacts.

Make sure the person in the Primary Contact position is a UW-Madison student enrolled at least half time (6 credits for undergraduates and 4 credits for graduate students).

My organization can no longer attend the fair. What should we do?

Email involvement@studentlife.wisc.edu by 12:00pm on Monday, February 1, 2021 and inform us that you no longer want your virtual spot at the fair. Any organization that does not cancel by this deadline or does not have their video chatroom logged in by 6:00 p.m. on the day of the org fair WILL NOT be allowed to participate in the following year’s fairs (Fall 2021 or Spring 2022).

Students attend the org fair to learn about ways to get involved and form their own unique Wisconsin Experience. 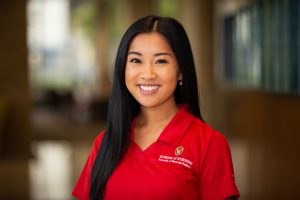 During Mimi’s time at UW-Madison she has has been heavily involved with WUD Alternative Breaks. She learned that she enjoys building interactive environments to foster better interactions between her committee members, and loved her active involvement as this year’s Associate Director of the program. Mimi will be graduating this year with her Bachelor’s of Science in nursing, and has accepted a position to start her nursing career at Northwestern Medicine in Chicago on the cardiology floor starting this August. 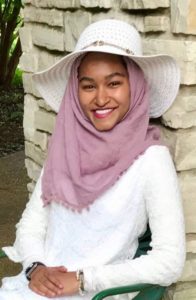 During Iffat’s time at UW she has tackled numerous social justice issues, while obtaining the opportunity to expand her leadership skills. This year she completed her Presidency within the Wisconsin Union, where she learned a tremendous amount of responsibility as well as how to be challenged by her peers, faculty and administration. At the WI Union, Iffat worked tirelessly with staff and student leaders to improve the campus climate. As a recent graduate Iffat is excited to explore the world of student affairs! 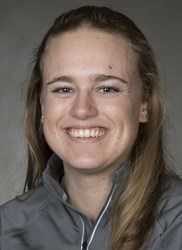 Year/Major: Graduated May 2018 with a degree in Communication Sciences and Disorders

Lily learned that everything she does to help others and be a leader is connected. She was able to do a lot of self-reflection over the four years of pursuing the certificate and in this time she found the Leadership Framework to be complimentary of what she was already doing. The Leadership framework sharpened Lily’s skills and after graduating in May, she will be directing a program at my overnight camp for young adults with disabilities. She then hopes to work for St. Jude Children’s Research Hospital and eventually go to law school to study child advocacy or special education law. This year, she was able to start two campaigns: they are both photo/video projects, and one addresses sexual assault awareness and the other, mental health. 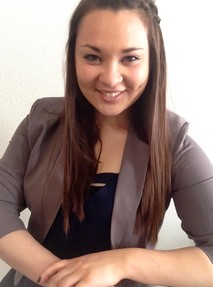 The leadership accomplishment that Alex most values is her time as President of University Wellness Foundation, where she had the opportunity to be a facilitator of a young women’s empowerment group at James C. Wright Middle School. Alex led an 8-week program speaking to issues of racial and gender diversity, self-esteem, body-image, and bullying. This experience led Alex to pursue a career in Learning and Development. She has accepted a position at Kohl’s as a Talent Development Designer in Human Resources, where she will develop training materials and courses that will empower employees to fulfill their personal and career aspirations. 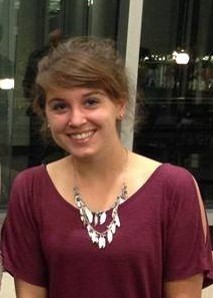 Name: Kayla Sippl
Hometown: Seymour, WI
Year/Major: Graduated in May 2015 with a degree in Biology

During Kayla’s time here at UW-Madison she was involved in many diverse activities.  To name a few, she joined the CALS Honors in Science Research Program, Global Health Certificate, and African Students Certificate communities. Additionally, she was involved in groups such as Partners in Health Engage, AΣD Pre-Medical Honor Society, and served as the Vice President of Badgers Empowering Women.  Kayla volunteered for the UW-Children’s Hospital, Expand Your Horizons Conference, Girl Neighborhood Group, and worked as a line therapist for Integrated Development Services.  Her sophomore year, she studied abroad in Kenya and upon returning, earned the Wisconsin Idea Fellowship with Social Entrepreneurship distinction for her idea, “The Soap Project.”  Kayla represented UW-Madison at the Clinton Global Initiative University and will present the project at the Global Health and Undergraduate Research Symposiums.  She became the leader of an after-school science club at the Salvation Army, helped pilot the new leadership certificate program, and attended the AHANA Conference entitled, “Developing Today’s Leadership for Tomorrow’ Issues.” 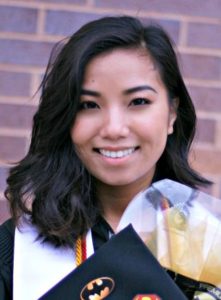 Maimoua is the eldest of five siblings and the first in her family to go to college. She created her own scholarship award to help students from low-income, first generation, and historically underrepresented backgrounds to fund their study abroad program. 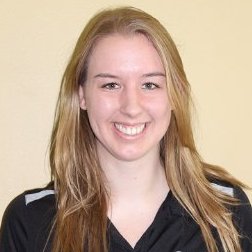 Name: Caitlin DeVos
Hometown: Plymouth, MN
Year/Major: Graduated in May 2014 with a degree in Communication & Non-Profit Leadership, and Sociology

After losing her mom to colon cancer in November 2010, Caitlin dedicated her time to the American Cancer Society to serve as a volunteer for Colleges Against Cancer of UW-Madison. Because of her commitment to this cause she serves as one of eight members on the National Collegiate Advisory Team which provides support to volunteers nationwide.

Hours per week: 10-15 (academic year), Summer hours may be available

Hours per week: 8-10 (academic year), Summer hours may be available

Hours per week: 7-10 (academic year), Summer hours may be available